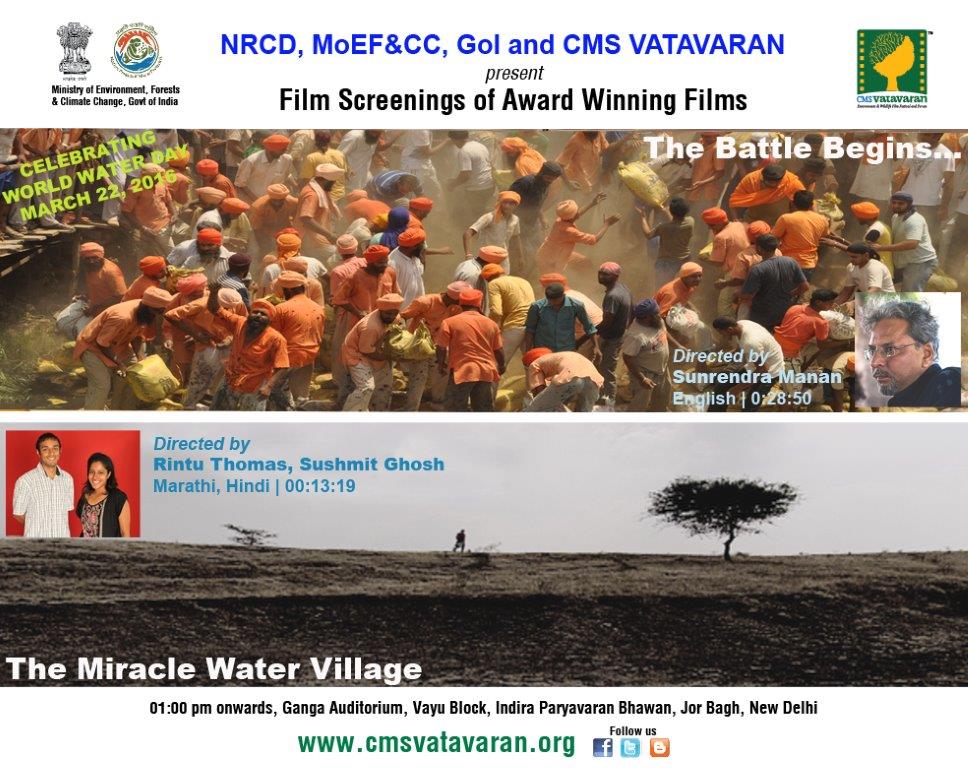 We cordially invite you to our one day programme ‘Save Water!’ (Film Screenings & Discussions) at Department of Applied Engineering, Vignan’s Foundation for Science, Technology & Research University, Guntur – Andhra Pradesh – 522 213 on March 10, 2016 (Thursday) at 09:30 am. Registrations will begin at 09:00 am onwards. 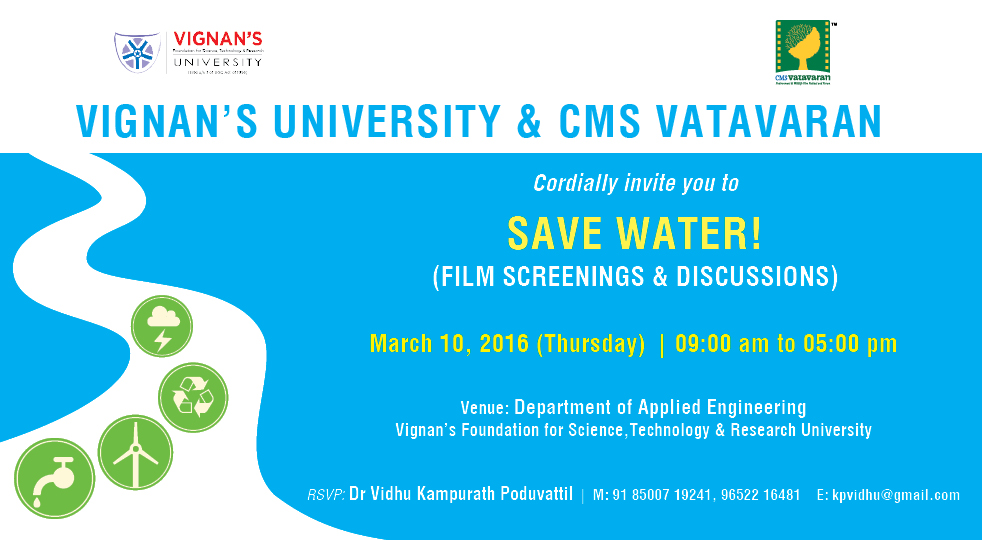 Announcing the five river front cities where CMS VATAVARAN’s travelling film festivals will be held in 2016. We are going to Guwahati, Gandhinagar, Trichy, Nasik and Allahabad with the nominated and award winning films of 8th CMS VATAVARAN. The festival theme of the travelling edition will be Water for Life. 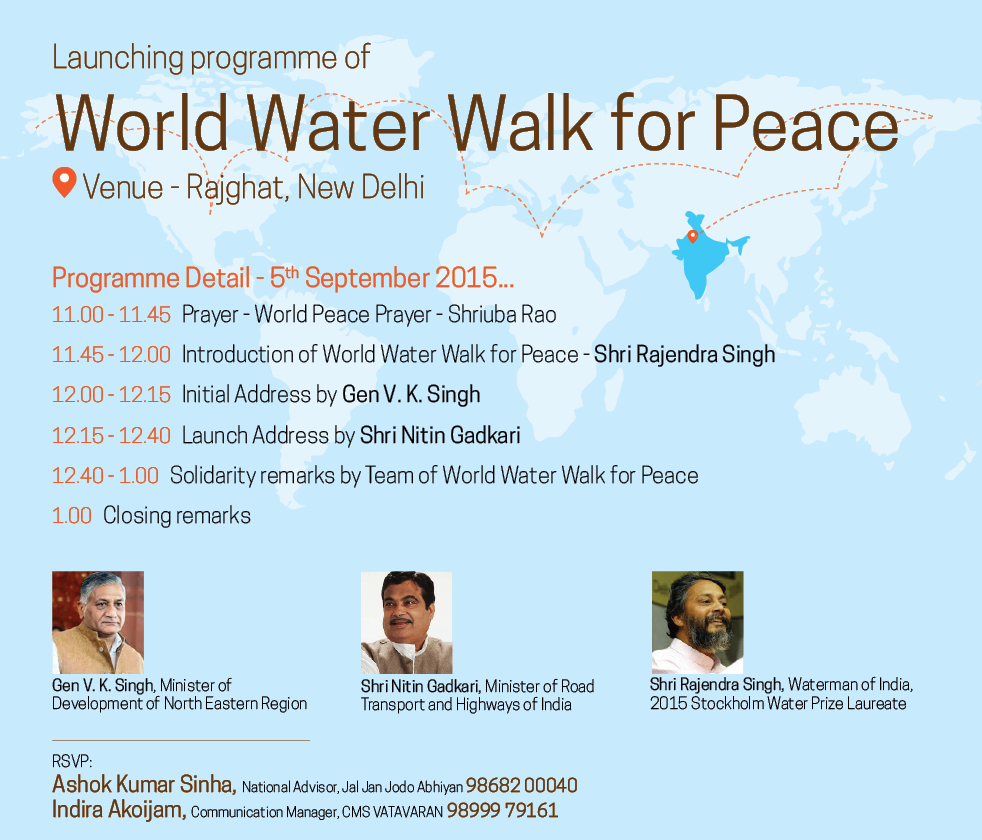