CMS VATAVARAN – International Environment & Wildlife Film Festival and Forum is India’s only International Film Festival. Using films as a window to delve into nature, the festival showcases the best of Indian and International films and documentaries, presenting nature stories from all over the world, stories on critical ecological and developmental challenges faced today, some of the most compelling practices as well as enchanting snippets on the diversity of our planet.

Though it is aimed at sensitising people about their rich environmental heritage and the need to conserve it, CMS VATAVARAN is not just a film festival celebrating the cinematic art of films but focuses more on using the films as a tool and catalyst for creating impact. CMS VATAVARAN remains resolute to encourage environment films and forums resulting change in perception, practice and policy.

The Green Film Centre at CMS now has more than 2000 films including nominated and award winning films across the globe on various issues and themes related to environment and wildlife. Recognizing that these films are an excellent resource, CMS VATAVARAN invites you to host screenings of the award winning films at your campus/ organization. We encourage you to use these powerful film medium to promote environmental sensitivity among your friends, family, partners, colleagues, students and network.

All you have to do is identify themes and send us an email with a line of acceptance of the terms and conditions laid out below. Once your request is accepted we will provide you the films along with the promotion collaterals. CMS VATAVARAN award winning films screening details at your campus will be also showcased on our website and social media.

We invite your esteemed institution/ organisation to host the Best of CMS VATAVARAN Environment and Wildlife Films in your campus.

Who Can Host the Film Screenings?

Support requested from your organisation

Benefits and recognition to your institution/ organisation 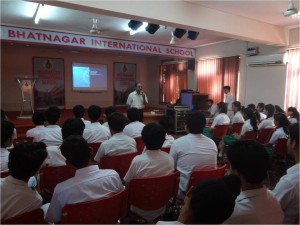 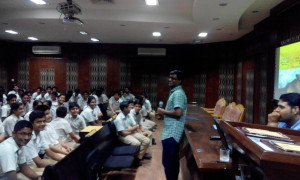