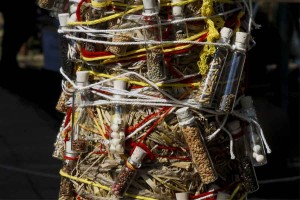 To celebrate India’s rich and vibrant bio-cultural heritage of tribal foods, indigenous forest people of our oldest surviving tribes from 7 states were present at the 8th CMS VATAVARAN, from 9th – 13th October, 2015 at NDMC Convention center New Delhi as part of the five day environment and wildlife film festival and forum. A unique effort to bring the 25 Adivasi farmers was carried out on a crowd funding online platform to raise funds for their travel from their respective states to New Delhi.

Variety of forest foods were displayed for both exhibition and consumption during all 5 days of the film festival.  Bridging the widening gap between the urban and tribal culture, organizations such as Beej Bachao Andolan’ [BBA],  Nirman, Abhivyakti Foundation, Vaagdhara etc, brought cultures of tribal communities through their food for Delhi’s public. Alongside the forest foods several tribal crafts from Nagaland and Jharkhand were put as exhibits.

Food items gave invaluable insight into rich culture and life of the diverse tribal communities of India. Natural, safe and nutritious cultivated and uncultivated forest food brought by adivasi and forest dependent communities from all over India were one of the highlights of CMS VATAVARAN 2015.

The main aim was to highlight the importance of forest foods and the ethos and worldviews linked to these for a large population of this land. Some of the groups, communities and organizations who were part of the food festival are- 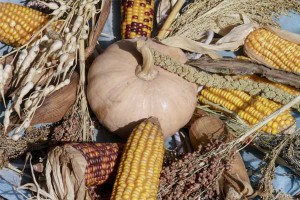 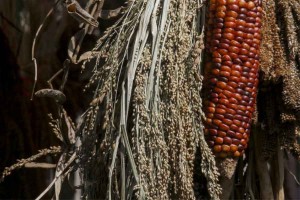