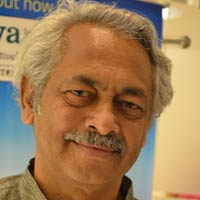 An alumni of FTII, Pune, Girish has made 14 films in a carrier spanning 4 decades. All his films have won National, International and Karnataka state awards. He has won President’s Lotus award 17 times which includes Golden Lotus Award four times. Ghatashraddha has been adjudged as one of the 20 best films made in 100 years of Indian cinema. His major recognitions include receiving the Padmashri from the President of India, being awarded the Puttanna Kanagal Award and the RAJYOTSAVA for his service to Kannada film Industry and The Excellence in Cinema award for the year 2009 by the South Asian Film Foundation.