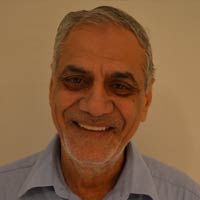 A lawyer by profession and a committed environmentalist by choice, M C Mehta has made the fight to protect India’s environment his unending mission. He has pioneered legal activism for environmental protection and is proof that one man can make a difference.

His career as a Supreme Court lawyer began in 1983, when he migrated to Delhi from Jammu. In 1984, he began focusing on environmental litigation. In the words of Ms Smita Gate “Often described as the One Man Enviro-legal Brigade, Mr Mehta is probably the only Supreme Court lawyer to have taken up legal cudgels with the polluting Indian Industries and come out victorious. A dedicated, fearless and extremely honest man, he pursues his goals with single-minded devotion. He has been conferred with several prestigious awards. Some of these are the Governor’s Gold Medal, the Goldman Environmental Prize, considered on alternative Noble Prize in USA and Europe, the UN’s Global 500 Award for 1993 and above all the Magsaysay Award for 1997.”