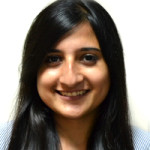 Ashwika Kapur is India’s youngest and the only woman in a global category to win the Wildscreen Panda Award, also known as the Green Oscar, for her film Sirocco – How a Dud Became a Stud. Ashwika is among the very few women in India to take up Wildlife Filmmaking as a full-time profession. She is currently filming for a bluechip wildlife show across India.