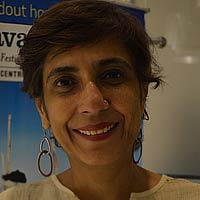 Ritu Sarin has been making films since the mid-eighties, along with her partner Tenzing Sonam. Her documentary, The Sun Behind the Clouds (2009) won the prestigious Vaclav Havel Award at the One World Festival in Prague. Her feature film, Dreaming Lhasa (2005), was executive produced by Jeremy Thomas and Richard Gere, and premiered at Toronto International Film Festival. In 2012 she founded the White Crane Arts and Media Trust and launched the Dharamshala International Film Festival, which is now a leading film festival in India.