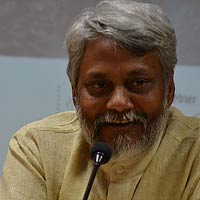 Rajendra Singh (born 6 August 1959) is a well-known water conservationist from Alwar district, Rajasthan in India. Also known as “waterman of India”, he won the Stockholm Water Prize, an award known as “the Nobel Prize for water”, in 2015. Previously, he won the Ramon Magsaysay Award for community leadership in 2001 for his pioneering work in community-based efforts in water harvesting and water management